Every good book has a plot twist.

And the Bible (also known as THE Good Book) is no exception. In fact, when it comes to Christian love, there’s no more incredible plot twist than the one found in the Bible. 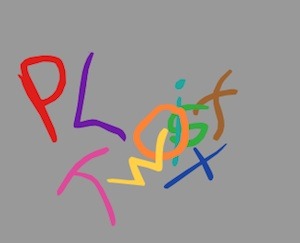 Did you know that for hundreds of years…even thousands of years, the Jewish nation read, learned, taught, and memorized the story of the coming of their Messiah? Talk about a dedicated people. No wonder they’re called “the chosen people”. They had faith that the Messiah would come and deliver them. Each generation had hope it would be their time. And their love for the truth of their deliverance was unlike any other people on earth.

Yet, they failed miserably in their faith time after time. The worst failure they had was when their Messiah finally DID come, and they denied that it even happened.

And when they still wouldn’t believe…

after Jesus (the Messiah they denied and crucified) rose from the dead and appeared to many…that’s when an awesome and glorious plot twist occurred. A plot twist that Paul called “the revelation of the mystery kept secret since the world began“. Wow! Since the world began it had been kept a mystery…even from the “chosen people”. It’s sort of like that old saying from the elder sales rep to the younger one…”yeah, I taught you everything you know, but I didn’t teach you everything I know”.

When I consider how insignificant my life would be without the plot twist that Paul wrote about, I’m humbled at how much God loves us. There isn’t one of us worthy, on our own, of such undying and sacrificial love. But through Jesus we can attain and partake of it.

Would you like to know more about the plot twist I’m talking about? Send me a note or leave comments. I’ll be glad to talk to you about it.

P.S.  I really appreciate your support here on my website. For other awesome ways you can help me get
The Truth In Words and Music out to others…