Just about everybody makes good and bad decisions. In America, freedom has given us much more expanded boundaries for making our own decisions. For us, life is full of choices. And since we’re human beings in a world full of sin and temptation, we sometimes choose the stupid things. Have you noticed this in your life. I know I have in mine. 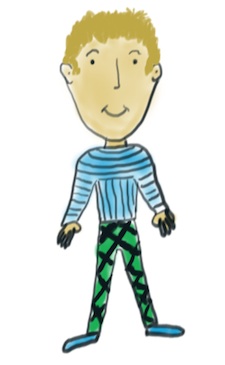 Some bad choices we make have little or no consequences. Wearing plaid shirts with striped pants…not good, but besides a little embarrassment, nobody gets hurt. Or having a third cup of coffee on an empty stomach. You know your stomach is gonna give you some backtalk, but again…nobody else is affected.

Advocates of the so-called “pro-choice” movement are moving away from that label. They know it doesn’t measure up to the term “pro life”. After all, what does pro-choice mean in just about all circumstances? A mother choosing to have her unborn baby murdered. In the vast majority of cases where a pregnant woman goes into an abortion clinic, a death occurs…

…but it’s almost never the mother. It’s almost always an unborn baby who was given no opportunity for choice whatsoever. What’s “pro-choice” about that? And don’t even start to say “it’s a women’s health issue”. Since when did it become necessary to kill an unborn baby to assure a woman’s health?

And if you include the woman’s emotional and mental health in the equation, there’s no doubt about it…most women will never achieve a level of optimum health with an abortion.

Yes, life is full of choices. Don’t you wish they were just choices about which job you take? Or what kind of car to buy? Or whether or not you’ll wear plaid with stripes?

If you’ve made a bad choice and decided to have an abortion, would you get in touch with me first? I can connect you with people who can show you a wide variety of beautiful, wonderful choices you can make instead. And if you’ve already gone through with your decision, I’d still like you to get in touch with me so I can pray for you…and with you if you like.

God knows what you’re going through. He said if you’ll only seek Him, He’s easy to find…and He’s waiting for your call.