Let’s Get Real For A Bit 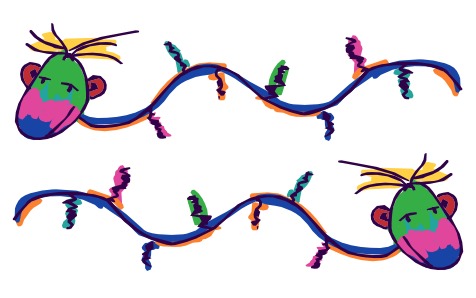 Have you read where a protoplanet named “Vesta” might have some clues as to how life on Earth may have formed? Yeah, scientists have discovered some areas of impact on the “minor planet” that seem to show collisions with carbon rich asteroids. And of course, they emphasize that carbon is the essential building block to all life on earth…from single cell to human.

When a human being dies, the same carbon that was there before death is still there after death…so here’s a silly question…Why is there no life in the carbon? I mean…if it’s the essential building block of all life on Earth…why does a carbon rich body die?

I’m not a scientist…and I don’t play one on TV. I’m not a physicist or alchemist or biologist. I’m just a children’s writer and singer. A words and music guy. A guy who probably contains as much carbon as anyone in those other professions. But I’m a guy, who like those other guys, has a time limit on my LIFE here on earth. If and when my time to die arrives, my carbon will still be here. So my life did not arise from or depend on carbon. And real science shows the enormity of complexity in human DNA. The code in a single human cell fills volumes of information.

Every human has their own unique DNA. My finite mind can barely apprehend (and certainly not comprehend) the implications of that. But I can say this without hesitation…DNA clearly shows we’re information based, not carbon. It’s sort of like this: my MacBook Pro is a cool looking device. But without the information in the software, it’s merely a shapely piece of aluminum. It would be “lifeless”. And no amount of added aluminum would ever get it to calculate, punctuate, or create a single image, sentence, or sound.

I wish scientists who trust in carbon could get real and approach life from the information base. I believe they’d be better equipped to process that information and build a much better understanding of life, love, and design. They might even develop a trust in the Designer.